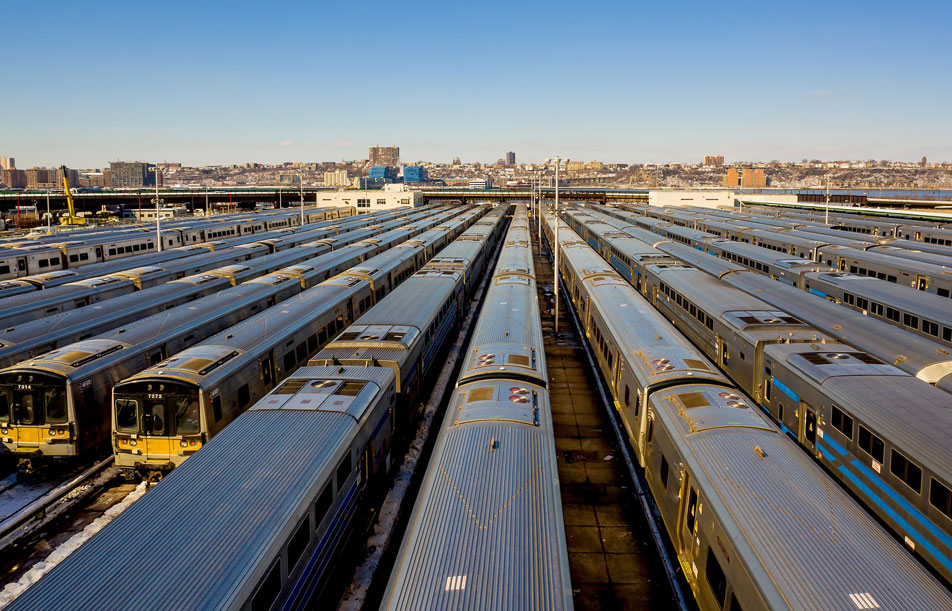 ACS Underground Solutions had the task of working at the busiest train tracks in New York City during the relocation of the New York Jets stadium. The project was to clear over 200 test bores in and around the railroad tracks during the massive redevelopment of the site. ACS made sure all electric, water, gas, sewer, and communication utility lines stayed intact
and running during this project.

The most challenging and dangerous task was working with DC power from the tracks. The electrical power generated from the third rail track made locating and marking out some utilities quite difficult. To prepare for the work, ACS technicians underwent third rail safety training. The training covered all the possible hazards of moving trains with high voltage tracks. We learned and implemented all safety precautions to reduce the risk of injury.

VECTOR BAR TO ELIMINATE INTERFERENCE
ACS Underground Solutions continued locating utilities at LIRR West Side Yard until the test bores needed clearing on the tracks. This task created some problems due to the third rail and DC power supply. Our specialized technicians used GPR (ground penetrating radar) when they could. However, the railroad ties were blocking signals for the GPR in most areas. So ACS Underground Solutions had to bring in specialized equipment to eliminate the interference from the DC and the third rail.

We used a vector bar to eliminate all interference. Vector bars locate utilities at a very low frequency with high output from the transmitter. Test holes excavated on site proved the accuracy of the ACS technicians’ utility mark outs. This enabled LIRR West Side Yard to expose utilities, verify the mark outs, and proceed with confidence and without risks.

SECOND PROJECT SUCCESSFUL
A few years later the Long Island Rail Road contracted ACS Underground Solutions to clear an additional 55 test bores on the same site. Our prior site knowledge and experience enabled us to again successfully complete this second project with no mishaps or underground utility damage.